Genealogy research is more than just following hints and attaching records to people.

CensusTools spreadsheets give you the tools to uncover valuable information that is hidden in plain view.

Why you should transcribe census records

Transcribing census records into blank spreadsheet templates is the best way to: 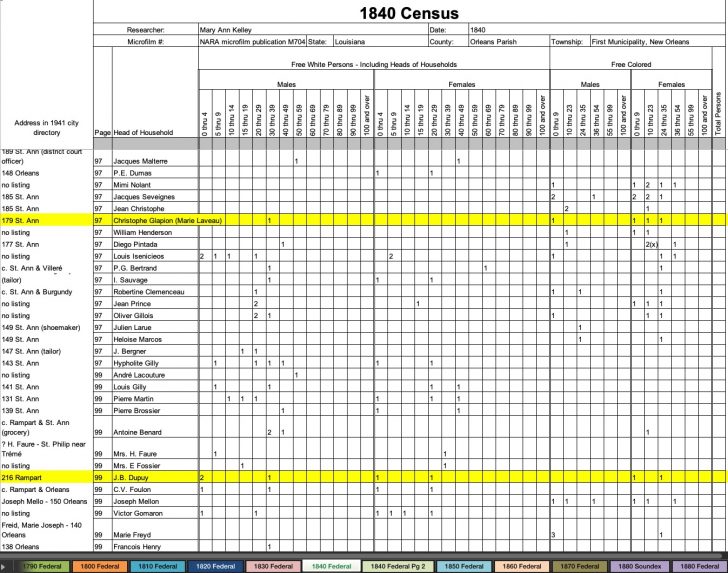 Transcribing the 1840 census for Jean Baptiste Dupuy and comparing it with the 1841 city directory for New Orleans highlighted that he lived just around the corner the Christophe Glapion residence, where Marie Laveau resided at the same time

What information have you overlooked in censuses?

All CensusTools spreadsheets were created with MS Excel and saved in Excel 97 format. A version of MS Excel for PC or MAC at least as recent as 97 is required to use the spreadsheets. PDF versions of all worksheets are included for anyone without access to MS Excel or for those who just want high-quality extraction sheets.