You are here: Home / Census Records / Are You Ready for the Release of the 1950 Census?

It is an exciting time for genealogists researching ancestors who lived in the United States! In April 2022, the 1950 census data will be released by NARA.

The census day was April 1, 1950, and the 72-year privacy rule means that on April 1, 2022, the information in the census can be made public. Aggregate data has previously been released, but this is the first time that individual data will be made public. 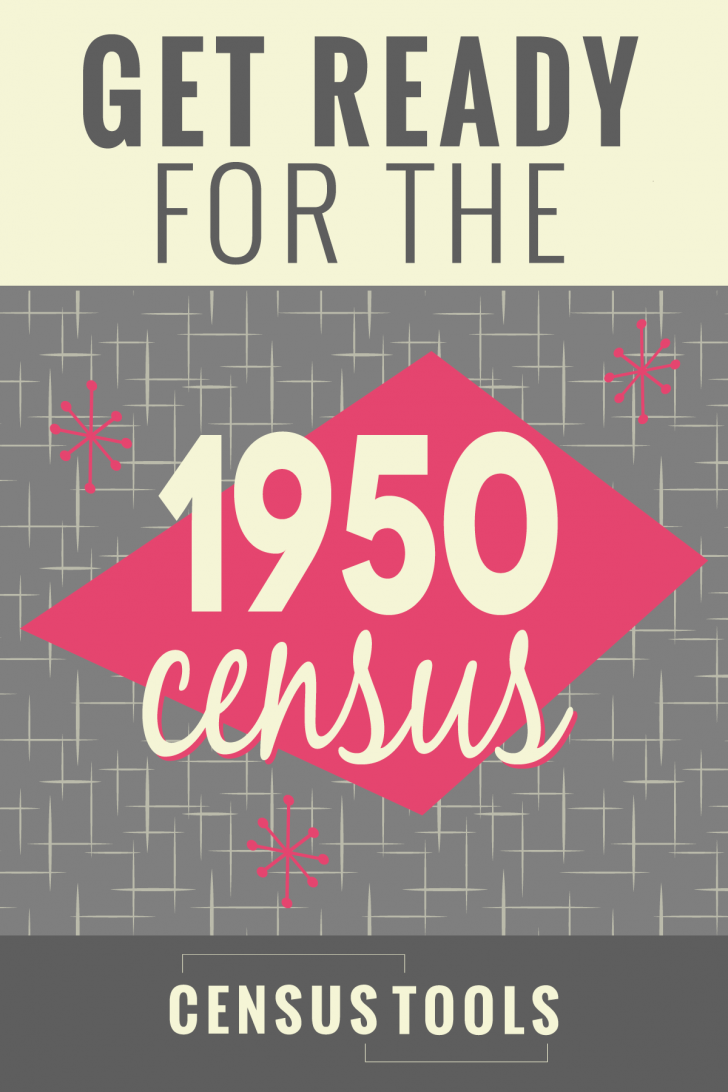 The 1950 census form contains both individual questions and a secondary page that was filled out for each household. Unfortunately, the household data—which was quite extensive—was not microfilmed as is no longer extant.

The individuals enumerated in each household are named with the relationship to the head, and enumerators were instructed to list them in a specific order for the first time:

Six races are specified on the form, and other races are expected to be specifically named. Also included for all individuals are:

Occupation information is asked for individuals over 14 years of age, including whether employed and how many hours worked, whether looking for work, kind of work, kind of business or industry, and the class of the employer.

Supplementary questions on the population form were asked for each fourth person enumerated, and included:

For individuals 14 years of age and over, the supplementary questions included:

Family heads were asked the same questions as above for the members of their family in the household.

The 1950 census asks additional questions based on the answers to the supplement questions for only the individual listed on line 29 (the last fourth person on each page):

Unfortunately, the detailed housing schedule that contained information about every household will not be available, as it was not microfilmed and the original returns were destroyed in the early 1960s. We included this schedule in our 1950 spreadsheet before realizing that it will not be part of the published individual data.

CensusTools’ 1950 spreadsheet template is a huge help to researchers. Formated in the same style as the official 1950 census form, the spreadsheet makes transcribing and using the 1950 census data easier and produces an organized, attractive, and useful final research tool.

The 1950 spreadsheet is already included in our spreadsheet packet, so you will be ready to jump in when the census is released in April.

If you already have CensusTools up to 1940, you can add just the 1950 spreadsheet here.